Here is Everything You Should Know About Cystic Fibrosis

You are here:
May 16, 2019UpdatesBy Aakanksha Pareek 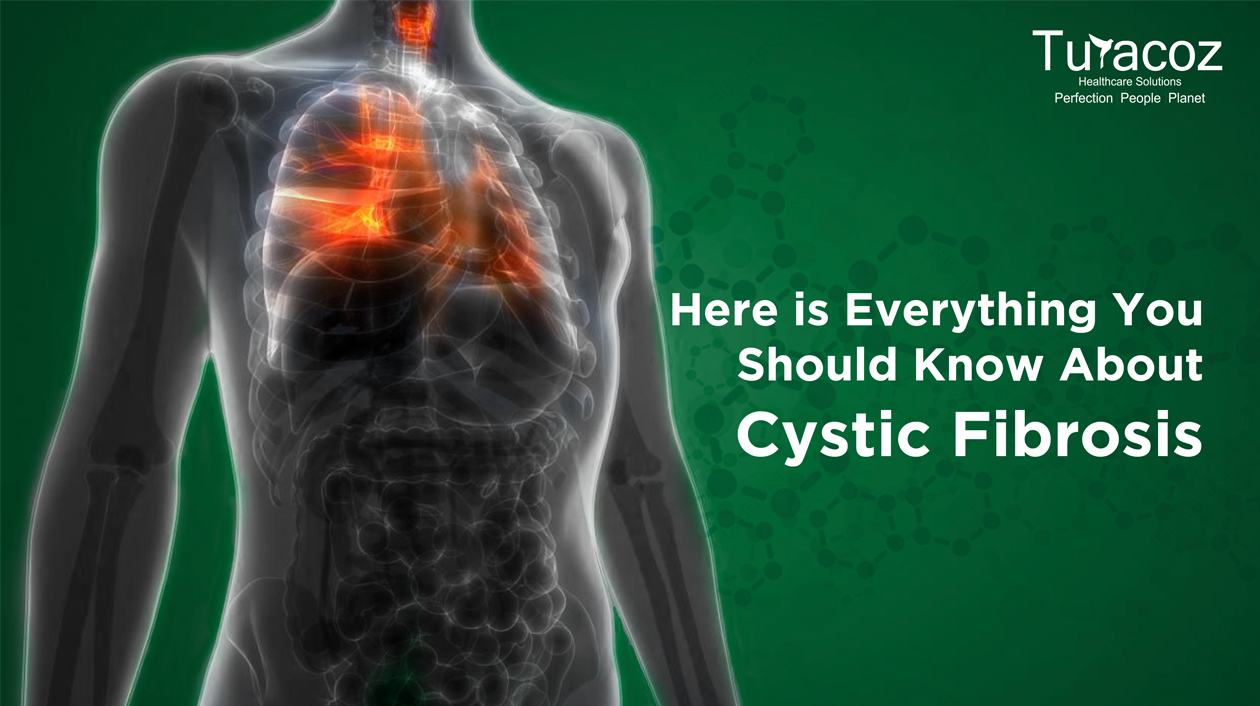 The month of May is commemorated as Cystic Fibrosis Awareness Month. It aims at raising awareness about cystic fibrosis (CF). Cystic fibrosis foundation (CFF) sponsors this month.

According to estimates, more than 70,000 people globally are affected by cystic fibrosis, but the prevalence of the condition varies globally. The US alone accounts for around 30,000 people living with cystic fibrosis. Around 1000 new cases of cystic fibrosis are diagnosed every year in the US. More than 75% of these cases are of children of age 2 or below. Asia and Africa are thought to be under-diagnosed for CF. Many nations don’t screen for CF in new-borns unlike the US, and the nation registries suffer from lack of data.

What is Cystic Fibrosis (CF)?

CF is a genetic disease that has an impact on lungs and digestive system of human body. Under the influence of this condition, the body produces thick and sticky mucus that can lead to blockage of lungs and obscure pancreas.

In individuals with CF, metamorphosis in the cystic fibrosis transmembrane conductance regulator (CFTR) gene makes the CFTR protein debilitated. When this protein doesn’t function properly, it is incapable of moving chloride- a salt component- to the surface of cell. Without the chloride to bring water to the surface of cell, the mucus in different organs turns thick and sticky.

The mucus blocks the airways and entrap germs such as bacteria, in the lungs, which lead to infections, soreness, respiratory issues and other complications. The people with CF need to be extra cautious and avoid contact with germs.

The thickening of mucus can also lead to infertility in males by clogging the vas deferens or the tube responsible for carrying sperms from testes to urethra.

Mentioned below are some prominent symptoms of cystic fibrosis:

Due to the obstruction in lungs, infections like bronchitis and pneumonia can occur in the patient, leading to growth of pathogens. Blockage in pancreas contribute to malnutrition and poor growth. The risk of developing osteoporosis and diabetes is also associated with it.

Since CF is a genetic disease, to be affected by it one is required to inherit the mutated gene from both of their parents. The mutated genes are the carriers of codes that produce protein controlling the flow of salt and water on the surface of organs, inclusive of pancreas and lungs.

People suffering from CF struggle with the balance of salt and this leads to more salt and water on the surface of cells and formation of very thick mucus.

Individuals with a single copy of the mutated gene are known as carriers. They do not fall prey to the condition or symptoms of CF. For someone to be affected by CF, both their parents must be the carriers.

If two people are carriers and have a child together, there are:

At present, CF is not curable. Certain treatments work on controlling the symptoms and improving quality of life for CF patients. Depending on the kind and intensity of symptoms, the treatments are personalized.

It is very important for CF patients to reduce the level of mucus in their lungs in order to breathe easily and avoid any lung infections.

Airway Clearance Techniques (ACT) helps individuals with CF to soften their mucus and get rid of it from their lungs. Inhalable medications are effective in reaching the airways and are usually used. The medication can be given through aerosol or through inhalers. These medications help in thinning mucus, killing bacteria and setting off mucus to enhance airway clearance.

Antibiotics act as an essential part of routine care. These can be consumed orally, through injecting and inhalation. Some other medications like azithromycin and ibuprofen are said to protect and enhance lung function and now made a part of standard therapy for CF patients.

CF patients can lower the risk of developing lung infections by taking the below mentioned steps:

Other styles of treatment:

Other than the airway clearance technique, there are other types of treatment too.

These allow long-term contact with the bloodstream for constant supervision of drugs. These are capable of making the management of CF more powerful and less invasive.

CFTR (CF Transmembrane Conductance Regulator) modulators are the recent medications developed to focus on the defective CF-causing gene. They help in easing the flow of salt and fluids on the expanse of lungs and weed out the heavy mucus that CF patients generally form in their lungs.

At present, two CFTR modulator brands are certified by FDA (Food and Drug Administration), namely Orkambi and Kalydeco. They’re recommended for children suffering from 10 distinct mutations of the CF-causing gene. Kalydeco might be recommended for kids of age 2 years or more, whereas Orkambi is for kids aged 6.

Remedial measures based on Nutrition:

CF affects the digestive system adversely and the patient suffers from poor nutrient absorption. It is recommended that CF patients should consult their doctor regarding their diet. A nutritionist would assist them in having a control of digestive symptoms.

To balance the digestion of nutrients, a variety of additional supplements like pancreatic enzyme supplements, vitamins or salt might be required along with a specific kind of diet.

CF is responsible flawed growth. To ensure proper development and growth in affected children, a diet rich in calorie and fat, is very essential. It also helps adults in maintaining optimum health. Good nutrition is very crucial for CF patients so that they can be safeguarded against high risk of lung infection.

Cystic fibrosis cannot be cured as of now but with proper care, treatment and diet, the symptoms of it can be controlled. The average life expectancy of CF patients is early 40s. The life expectancy may vary based on the intensity of the symptoms, age of diagnosis and the kind of mutation in gene.

The life expectancy of CF patients has increased significantly in last few years, being around 47 years. There are many patients living well in their 50s or 60s.