Why is Healthcare Regulation so Complex? – Turacoz Healthcare Solutions

Why is Healthcare Regulation so Complex? 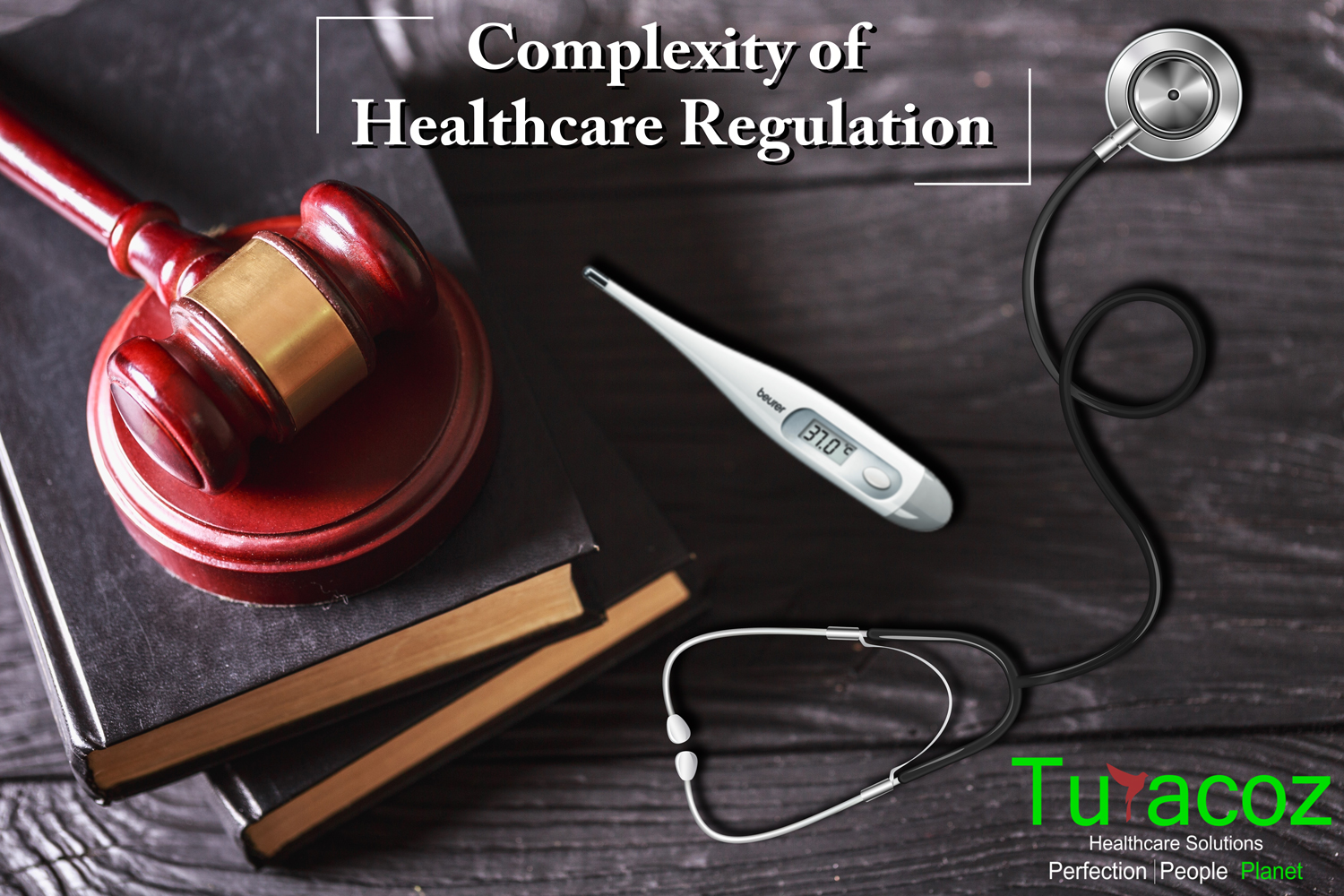 Healthcare systems are driven by regulations which ensure patient’s access to safe, effective, and high-quality products. Regulations are basically rules which are framed by the government or the regulatory authority of the respective region so that risk associated with public health is under scanner. Regulations help in improving the quality and affordability of healthcare. These regulations are implemented by all levels of government including federal, state, local, and private organizations. However, many a times there is lack of coordination between them which results in complexity of the healthcare regulations.

What Makes Regulation Complex?
Healthcare sector is currently the largest and fastest growing industry which is making the regulations more diverse and complex to provide safe and quality service to every individual who accesses the healthcare system. The reason behind complexity of healthcare regulation is a series of historical tragedies like thalidomide and sulfanilamide tragedy. Thalidomide tragedy took place in early 1960s where the drug was prescribed as sedative and later was used for nausea in pregnant women. The drug got marketed in Germany without passing rigorous drug approval and monitoring system. This led to the birth of infants with phocomelia (congenital deformity which leads to development of abnormally short limbs). Similarly, sulfanilamide disaster took place in 1937, where the drug which was used for Streptococcal infections was responsible for deaths of more than 100 people in 15 states. These incidences later gave a lesson to drug safety and regulatory authorities leading the regulatory bodies to structure strict rules and regulations.

What is the Role of Healthcare Regulatory Bodies?
The pharmaceutical industry is considered as one of the most highly regulated industries worldwide where the regulatory bodies are responsible to enforce rules and regulations and issue guidelines for regulating drug development process, manufacturing, and marketing of any given pharmaceutical product. The European Medicines Agency (EMA) of Europe, Ministry of Health, Labour & Welfare (MHLW) of Japan, and Food and Drug Administration (FDA) of the United States came together for scientific and technical discussion and make some common standards on quality, safety, and efficacy of pharmaceutical products by the International Council for Harmonisation of Technical Requirements for Registration of Pharmaceuticals for Human Use (ICH). The main aim of ICH is to harmonize technical regulatory standards in different countries in order to avoid duplicative testing in pharmaceutical development.
In conclusion, healthcare sector has flourished over the past hundred years irrespective of the complicated nature of healthcare regulations which has shown that the complexity has served to support and nurture the overall enterprise. However, regulatory bodies keep changing their laws constantly for betterment of the public health.
Turacoz healthcare solutions (THS) aims you keep you updated about the recent trends related to healthcare regulations and guide you through the fine technicalities of the same. We provide end-to-end regulatory writing support for clinical trials which includes Investigator Brochures (IBs), Protocols, Clinical Study Reports (CSRs) and Common Technical Documents (CTDs).