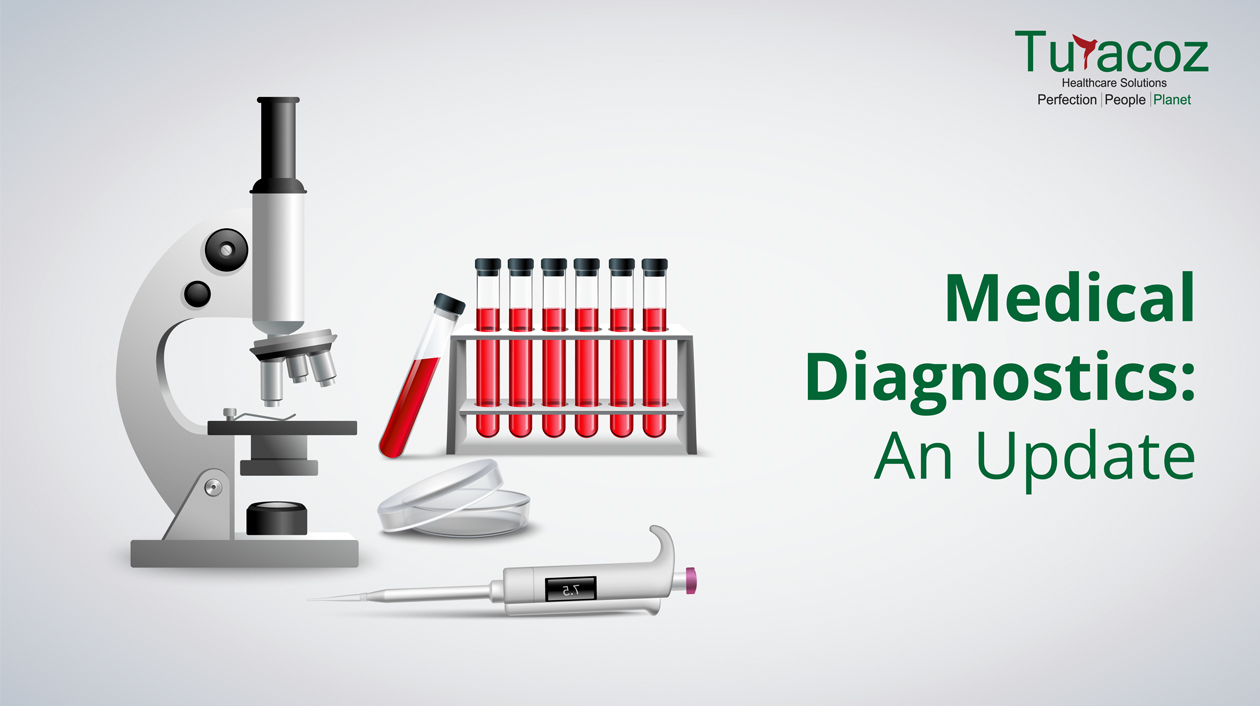 Diagnostics play a very important role in our everyday life, be it for a disease, condition or identification of a risk factor. Various diagnostic advancements viz. novel techniques, devices, pathology and laboratory services, etc. are introduced regularly in the market by companies across the globe to help improve the lives of people and ensure quality‑care for patients.

The first quarter of 2019 featured some important updates on medical diagnostic and innovations and some are shared below:

According to the World Malaria Report 2018, 219 million people were affected by malaria in 2017. Diagnosing the same is difficult in rural areas and in developing countries. Keeping the disease burden and non-accessibility in mind, scientists have developed a low-cost portable device which accurately and efficiently detects malaria. The technique uses a paper infused with loop-mediated isothermal amplification, LAMP, which involves printing with hydrophobic wax using a commercial printer and then heating the paper on a hot plate to bind the wax with the paper [2]. The paper attached to a lateral flow device helps in containing the blood sample (DNA) for the detection of malaria. This device uses amplification and detection techniques which help in identifying Plasmodium falciparum, the malarial parasite. This device was used to detect malaria in 67 school children from 2 different schools in Uganda. The results were also compared to the gold standard test in malaria, PCR. The new device showed promising results by identifying 98% of the malaria cases and is now undergoing further research for proper implementation.

Posttraumatic stress disorder is associated with functional impairment involving delayed-speech and substance abuse. Diagnosis of PTSD involves long-term counseling sessions which often tend to get biased owing to the subjective nature of the entire process. Also, patients are often reluctant and unwilling to visit the clinician in-order to avoid confrontation. Diagnostic biological markers, though available for PTSD related factors, are not cost-effective. Further, PTSD has a high disease burden which limits the success of these markers.

A software known as the random forest was developed by researchers which assesses speech patterns for variations in speech, lifeless, metallic tone of the speech along with animated speech using AI. It provided 89% accurate results in the tested participants. The software was fed with data on various speech patterns which it uses as training data to grasp better and provide suitable results. With the use of this preliminary information, clinicians can use naturally collected data for diagnosis of PTSD. This technique, however, is still under research and hopes to aid in the diagnosis of PTSD.

The second most common type of cancer-causing death in women is breast cancer. It can be detected using various methods such as mammography, ultrasound, etc. Although the survival rate has improved in comparison to earlier times, relapse is still a very important concern. Approximately 30% of the patients suffer through a relapse within 5 years. Natera, a genetic testing company has developed a blood test by the name of Signatera, which detects the mutant DNA released by the cancerous cells. The technique, known as Molecular Residual Disease (MRD) Assessment is used for early detection of breast cancer, enabling patients to take proper precautionary measures. This technique was found successful in 89% of relapse cases. The detection, however, has to be clinically confirmed for a confirmed diagnosis. The researchers aim to test this in a large number of the sample population in order to bring this into mainstream diagnostics.

Co-Diagnostics Inc. and Synbiotics Pvt Ltd, together in partnership have launched a diagnostic manufacturing facility in India. It is said to be a one-of-a-kind facility providing state of the art facilities in the world of diagnostics. The owners are known for developing facilities which have global approvals from the leading regulatory bodies (US Food and Drug Administration, World Health Organisation-Good Manufacturing Practices). This facility is not only ready to start operations in India but has plans underway for further expansion. Asence Inc, a US company which specializes in providing pharmaceutical products to various markets, would be managing the commercial operations for the facility.

One factor that delays the diagnosis of various diseases is the delay in lab test results. These diagnostic tests are either time taking or are too many done at one time, which in turn delays the results. Ortho Clinical Diagnostics have come up with a new VITROS® XT MicroSlide which can run two tests simultaneously, thus reducing the time required to conduct these tests along with less usage of the products. Ortho’s VITROS XT MicroSlides, which are available for use on Ortho’s VITROS® XT 7600 Integrated System, provide high-quality results and are used for paired tests such as, triglycerides and cholesterol; urea and creatinine; and glucose and calcium. The miniature testing area in the slide is highly efficient and requires less amount of sample for providing results. With this FDA approved technique (approval received in October 2018), multiple tests can be done together, thus saving time and infrastructure.

Turacoz Healthcare Solutions aims to provide information on the latest trends, updates and advances in the field of clinical research, trials and regulatory affairs. Turacoz Healthcare provides an end-to-end support for scientific communications, clinical trial documents and disclosures, regulatory documents writing and submissions, and medico-marketing writing along with e-modules & e-books on healthcare and research.

Related posts
Here is Everything You Should Know About Cystic Fibrosis
May 16, 2019
Talc, a cosmetic ingredient: Safety issues
May 9, 2019
Regulatory Troubles Clamping Down on OTC and Other Healthcare Products
April 23, 2019
Newsletter
Categories