Because if you kill yourself, you’re also going to kill those who love you – Turacoz Healthcare Solutions

Because if you kill yourself, you’re also going to kill those who love you 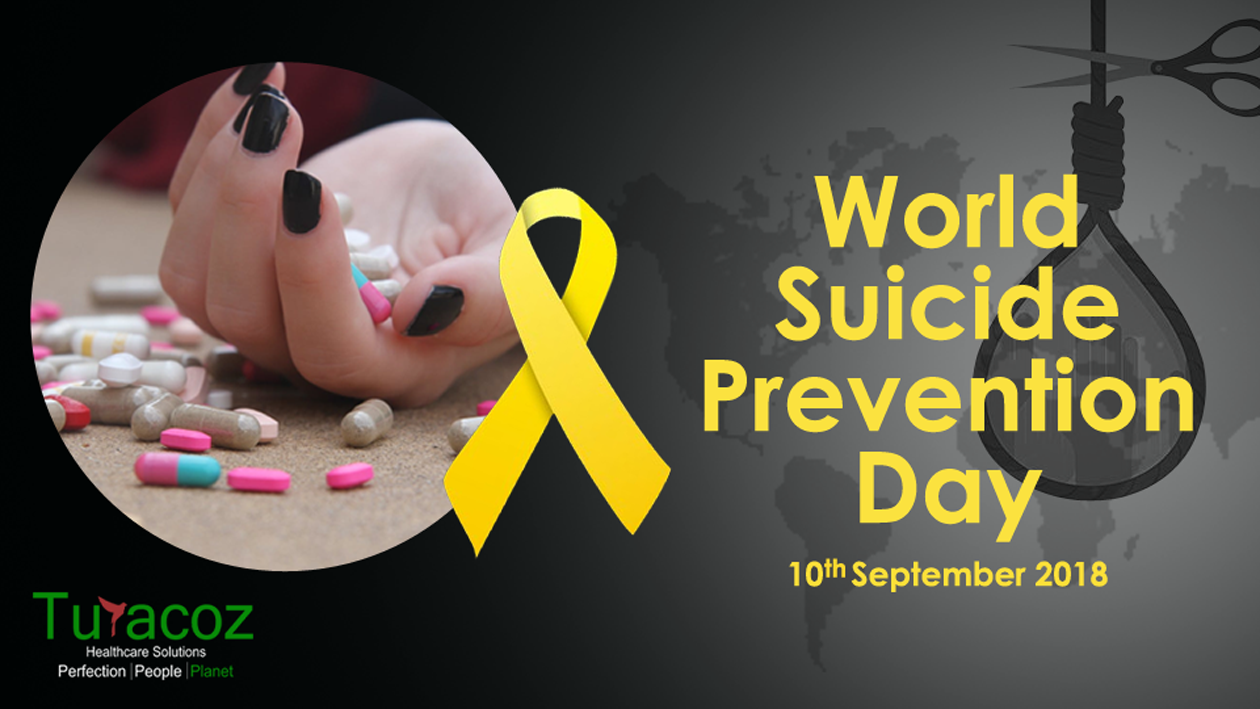 Suicide has become the 3rd highest reason for deaths today in the world, notably among the age group of 15-44 years (male & female). As per the reports, there is 1 death every 40 seconds globally. The suicide rate, globally, has increased by 60% in the last 45 years. Suicide endeavors are up to 20 times more incessant than finished suicides.

This is undeniably a sad state as predominantly the youth is becoming suicidal. When you are surrounded by problems and cannot figure out a way, suicide is not the solution. But still, many people fail to understand this fact and end up taking their lives, leaving their near & dear ones in immense pain, shock & trauma.

The theme for 2018 is “Working together to prevent suicide.”

There are various reasons for suicide, to name some:

According to the reports by WHO:

A land of over 1.32 billion people has a suicide rate of 16.4 per 100,000 women (6th highest globally) & 25.8 for men (22nd highest in the world), according to WHO. The major causes are identified as family issues, prolonged illness & any mental disorder. People in the age group of 15-44 had the highest number of suicides.

Turacoz Healthcare Solutions understands the severity of the problem and presents some tips to help a suicidal person.

First, let’s get ourselves clear about common misconceptions about suicide:

If you pay attention, then anyone who is about to attempt a suicide or is having suicidal thoughts, won’t commit it abruptly. He/she will drop some or the other hint. Being alert & noticing the hints can aid in preventing the suicide

Below mentioned are some hints that a person thinking of suicide might drop:

To help a suicidal person you should:

There are various Suicide helplines you can reach out to even if you are the person concerned or the victim itself. Below are the list & details of a few 24/7 suicide helplines for India:

Suicide is an issue that needs to be taken care of immediately. Your support and love for such people can make them love their life again. The individuals suffering from suicidal thoughts don’t want to die; they want their pain to die. We can help them with ending their suffering or at least make them forget their misery and live again.

To all those people who are thinking of ending their existence, Turacoz wants to convey to them the message that-

“You are not alone. Everyone feels lonely at some stage in his or her life. But this feeling is momentary and will not last forever. The world is a predominant place with you in it. Love yourself!”