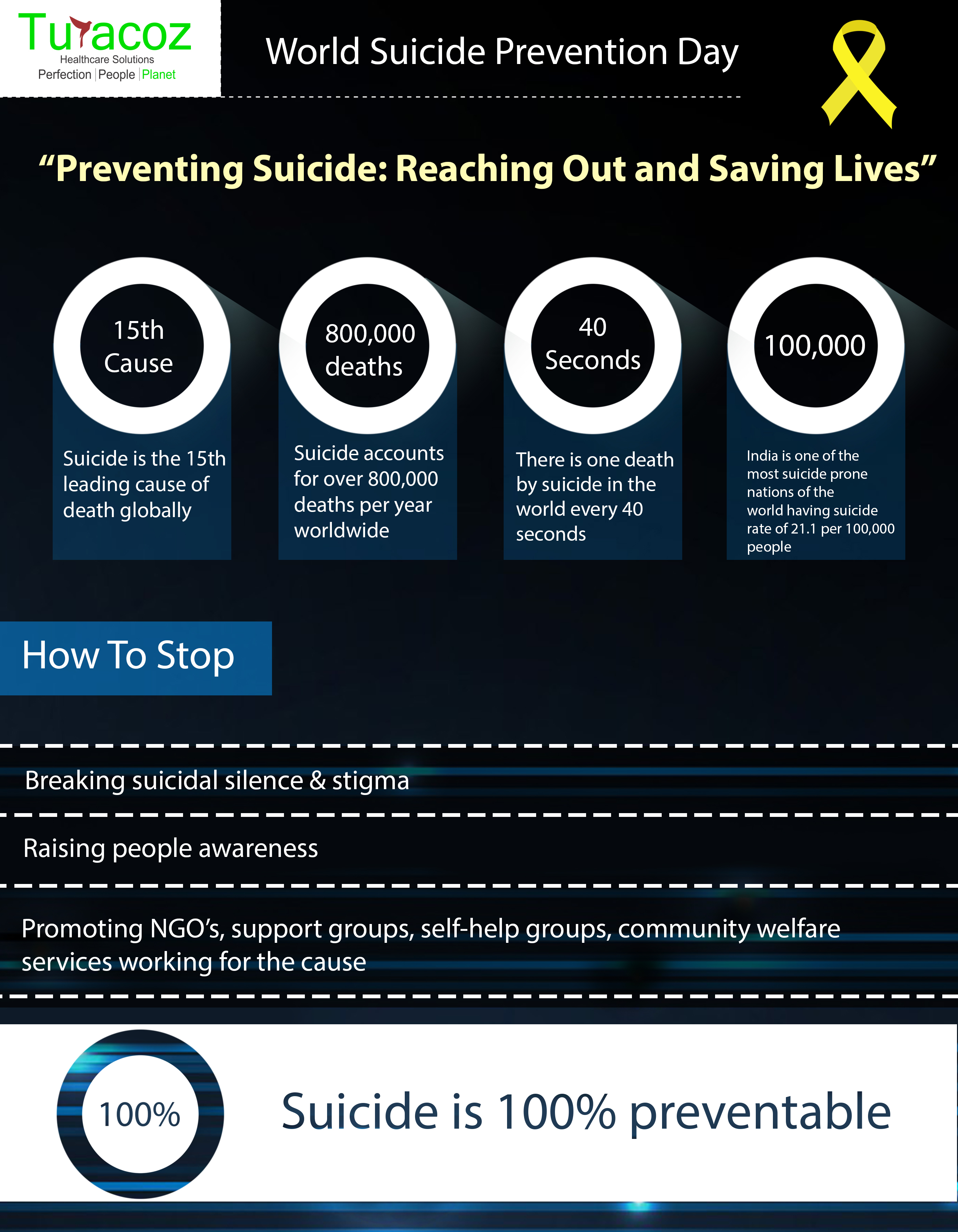 Attempting Suicide and having suicidal tendency are the most extreme form of self-harming behaviour exhibited by humans. Centre for Disease Control and Prevention, defines suicide as “death caused by self-directed injurious behaviour with an intent to die as a result of the behaviour.” As per the statistical interpretation (for year 2012) by the WHO, suicide accounts for over 800,000 deaths per year worldwide; making it the fifteenth leading cause of death across the globe. Grossly, it can be estimated that there is one death by suicide in the world every 40 seconds! Suicidal attempts and suicidal tendency are noticeably higher in youths i.e. in age group of 15-29 year, and are acknowledged as the second leading cause of death in this age group. India is one of the most suicide prone nations of the world having suicide rate of 21.1 per 100,000 people. As per WHO, 258,075 people committed suicide in India in 2012, with 99,977 women and 158,098 men taking their own lives.

It’s worth mentioning that, though suicide is a global threat that prevails among all strata of society, but it can be 100% preventable. In order to generate a worldwide awareness about suicide prevention, the International Association for Suicide Prevention (IASP), collaborates with the World Health Organization (WHO) and the World Federation for Mental Health to observe 10 September each year as ‘The World Suicide Prevention Day’ (WSPD). The sole objective of this awareness drive is to educate masses about the identification of risk factors for suicide/warning signs for suicide, suicide prevention measures and strategies, and support groups.

The ideology behind WSPD campaign is to identify warning signs of suicide and extending help to the needy which can save a life. To support the cause, each year WSPD is observed with a different theme. “Preventing Suicide: Reaching Out and Saving Lives” is the theme of the 2015 WSPD. The theme focusses on the need to reach out the vulnerable population for suicide prevention. Identifying the high-risk individuals, talking to them, and asking ‘RUOK?’ can indeed bring a lot of difference to their life.

It has been noticed that, suicide as a devastating experience for families, friends and community members of the deceased. Family history of suicide is one of the commonest cause of suicides. The people who are left behind are often haunted by the when, how, and why related to the suicide of their loved ones. Reaching out such individuals who had lost someone due to suicide and extending help and support to them can help them to overcome their loss and help in saving lives.

Another dimension of ‘reaching out and saving lives’ include providing specialist mental health services to the vulnerable individuals. Though, it is largely believed that extended help from family and friends is one of the best way to soothe the individual with suicidal tendency, but in some cases professional help is also required. Many non-profit organizations, support groups, self-help groups, and community welfare services provide professional mental health care to the high-risk individuals. These organisations not only provide support and care to the needy, but they also track the prognosis and mental health status of the individual till the apprehensive person is rehabilitated well.  The WSPD is an effort to inform the masses about these organizations and services provided by them.

Talking someone who has gone through the same emotional turmoil and hearing how they triumphed over suicide is the most motivating experience for any susceptible person. The WSPD this year is also focussing on the globalization of various pro-active suicide prevention communities across the world. Sharing testimonials of individuals who had travelled the same road and how they coped up with the situation that is anticipated to help many who are presently experiencing such emotional warfare.  Easy accessibility to these communities endorsing people who choose life over suicide will help to bring down the global burden of suicide.

Therefore, with the help of WSPD break the silence and stigma attached to suicide. Let us be more vocal about suicide prevention. Let us extent the help to the dispirited souls and make them aware that life is worth living, so fight back! Let us ask them “RUOK?”

Remember,one simple question can save a life.